The Moscow headquarters and the LUKOIL Uzbekistan Operating Company in Tashkent were selected for the implementation of a pilot project (implying subsequent deployment in other Holding enterprises).

The pilot project lasted from January to September 2009 and was implemented according to the corporate CIS implementation methodology of the LUKOIL Group (included conceptual design, implementation, integration testing and pilot operation phases). As a result of the pilot operation 250 users of the headquarters and 220 users in the LUKOIL Uzbekistan Operating Company were activated in the system.

The project was executed under the conditions of organization transformations of 2009 accompanied by substantial changes in the organization structure of the Holding headquarters, which led to project extension by 4 months.

During the subsequent years the system functionality was extended and other Holding enterprises connected to the system, including the main production asset of the Holding, LUKOIL Mid East Ltd. (West Qurna-2 field development operator).

As of February 2012 over 1200 Holding users work with the common document flow system (ESDO) in 5 countries (the Netherlands, Russian Federation, Iraq, UAE, Uzbekistan). In 2012 it is planned to further extend the system geography: to connect the Kazakhstan assets of the Holding.

The functional framework of the system includes 6 business scenario units:

A localized version of OpenText Content Server 9.7.0 was used as the main project platform. The implemented system lets the user work in Russian or in English. In 2012 it is planned to migrate the system to the Content Server 10.0 platform.
The system functions in the centralized infrastructure. All the involved Holding enterprises work with a single document base, which substantially simplifies the implementation of business processes involving several enterprises (e.g. joint processing of documents of expert groups consisting of the employees of the headquartes and several assets).

Integration with the following key information systems of LUKOIL Overseas was implemented:

The following new possibilities and benefits were obtained as a result of large-scale implementation of the common document flow system: 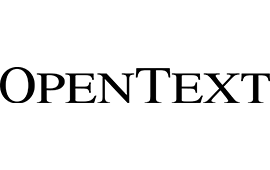 "The international experience of oil & gas companies hows that large production projects are quite difficult to be implemented without an engineering design documentaiton management tool.  The OpenText Content Server enables the organization of structured storage and operation approval of engineering design documentation (PTD) coming from different design contractors. At the same time the possibility of SAP ERP integration guarantees availability of PTD accumulated during the construction for subsequent operation of technical units".

Sergey Kotov - Chief of the IT and Communication Office of the L Overseas Baltic Ltd subsidiary in Dubai.

* The project was implemented by the Parma-Telecom company (ITPS Group)