On September 19-20, St. Petersburg hosted the Russia Federation Oil and Gas Industry IV Federal Forum, “Smart Oil & Gas: Oil and Gas Industry Digital Transformation. This annual large-scale industry event is organized by the ComNews group, the market leader for news and developments within Russian ICT sector and the media-partner for dozens of major Russian and international forums. The 2018 Forum was the largest in the 4-year history of this event: over the two days, 100 representatives from industry, government agencies, international and Russian developers, integrators and analysts participated in 15 sessions. In total there were around 650 people in attendance at the forum.

In the exhibition part of the event, ITPS presented an integrated solution for digital oil fields based on its own AVIST Oil & Gas integration platform and a Biotelemetry system for managing occupational health and safety.

The integrated solution for digital fields is based on an integrated modeling technology, the methodology for managing production and economic potential, as well as management based on integrated operations. Based on the AVIST integration platform and an in-house development by ITPS, its mathematical algorithms allow you to combine data from production and accounting systems with integrated and hydrodynamic modeling systems - i.e. to conduct a detailed analysis of production scenarios, compare them with each other taking into account risks, and select the optimum scenario from a variety of options. So, by means of the Russian IT solution introduced, the development times and justification of well operating modes are reduced, shortfalls are quickly identified and mitigated and situational modeling results in a noticeable reduction in operating costs.

Biotelemetry is a domestic software and engineering complex, today consisting of a digital system and personal wearable device HealBe that records 10 vital parameters: pulse, stress, fluid level, sleep pattern, location, amongst others. Based on intelligent algorithms, the system analyzes data in real-time and reports on all deviations in parameters. When carrying out works associated with a potential hazard, the system allows you to monitor employees’ state and location, works in-progress, personnel credentials and tolerance levels. Thus, it is possible to preventively influence the occurrence of abnormal situations and improve the overall level of staff health. In early September, it was Biotelemetry that was presented at a major oil and gas forum in Tatarstan to the country’s president, Mr Rustam Minnikhanov. It became one of the key breakthroughs at the industry event held in autumn of 2018.

Within the framework of the Smart Oil&Gas business program, ITPS CEO Leonid Tikhomirov delivered the report entitled “Upstream 4.0”. In his speech, he introduced the global concept of digital transformation of enterprises in the oil and gas industry, and using real case studies, he showed the full potential of the effects that integrated digital projects have already brought to the industry. “The oil and gas industry is the basis of the country's GDP and its efficiency can be improved by at least another 5-10%, through the use of digitalization - and we possess the know-how to do it”, said Leonid Tikhomirov in his speech. 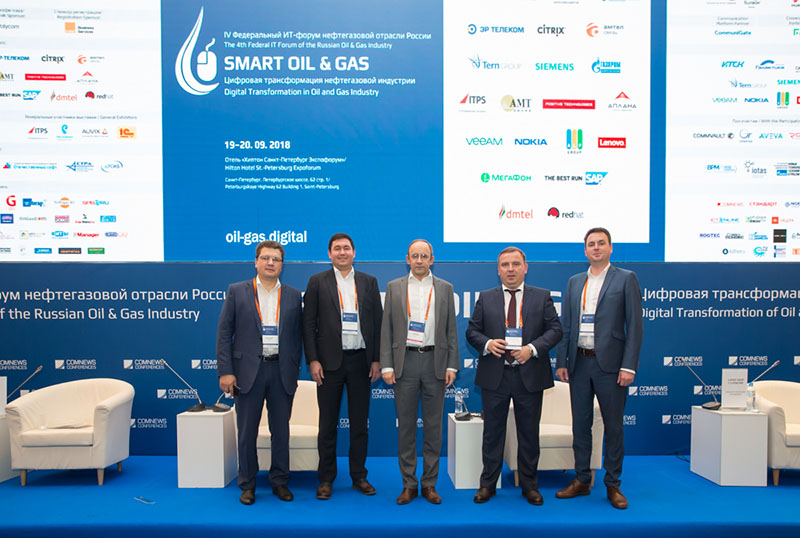