The year of 2018 in the Republic of Uzbekistan was declared as the “Year of Entrepreneurship, Innovative Ideas and Technologies”, a draft of the State Program and Strategy of Action for the five directions of development of Uzbekistan for 2017-2021 was created. Russia, which accounts for about 20% of Uzbekistan’s foreign trade, is an important trade and economic partner of the country. The interest of Russian companies in investing into the economy of Uzbekistan is increasing. As of 2017 961 enterprises (810 joint ventures and 151 enterprises with 100% Russian capital) operate in Uzbekistan, created with the participation of Russian capital, offices of 64 Russian companies have accreditation in the country, and in Russia there are 569 enterprises created with Uzbek partners.

The ITPS Group of Companies has 10 years of experience in the territory of Uzbekistan. A series of round tables on cooperation between Uzbekistan and Russia in the energy sector, transport, science, education, and innovative sphere took place in the course of the Tashkent Business Forum, and became the foundation for B2B meetings between enterprises of Uzbekistan and Russia. The presentation of solutions for the Digital Transformation of Enterprises and the Intelligent Oil-field from ITPS aroused keen interest among representatives of business, government and investors of Uzbekistan.

CEO of the ITPS Group of Companies Leonid Tikhomirov acted as a moderator of the round table on the development of cooperation between Uzbekistan and Russia in the innovation sector. The reports were mainly dedicated to the latest developments and technologies, the experience of introducing real business cases in various sectors of economy.

At a round table on energy, which was moderated by Nikolay Eremin (Deputy Director for Innovation work of Institute of Oil and Gas Issues of the Russian Academy of Sciences, professor of the Gubkin Russian State Oil and Gas University), ITPS presented the possibilities of using digital production on the example of an intelligent oil and gas field. “Despite the rapid development of IIoT, the share of wells equipped with complex IT systems is currently less than 3% in Russia and the CIS countries. At the same time, according to the most conservative estimates, the total economic effect from the introduction of digital production technologies at only the most efficient fields is estimated at 150 billion rubles a year,” Leonid Tikhomirov, the CEO of ITPS, noted in his report. Due to the digitalization of production and application of AVIST (Asset Virtualization System) cloud platform — ITPS in-house development — it is possible to collect and analyse technological data in real time, build a precise integrated production model based on it, optimize production processes and operating costs, and, as a result, increase the economic efficiency of production.

ITPS team conducted a series of negotiations with the representatives of oil&gas, metallurgical, chemical, construction industries and reached an agreement on working out proposals for a dozen major enterprises of Uzbekistan. “Currently there is a growing need on global level to improve the quality and efficiency of production. A significant condition for achieving these goals is the introduction of innovative systems in enterprises, — explains the CEO of the ITPS Group of Companies, Leonid Tikhomirov. “We have developed a solution that allows us to optimize production processes and save labour and resource costs from 20 to 50% for various industries.” 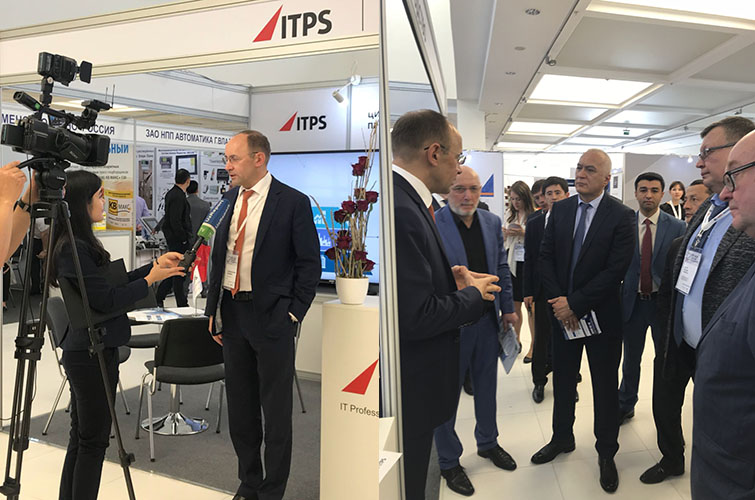