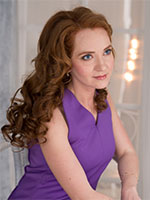 Born in Berezniki, Perm Territory. Graduated with honours from the law faculty of Perm State University, majoring in civil law. In 2005 she won the II place at the contest "The Best Lawyer of Perm Region".

In 2004-2005, worked as a lawyer at the investment company "PM-Invest". Since 2005 she has been a leading legal adviser for Parma-Telecom LLC. In 2006-2016 acted as the Head of the Legal department of Parma-Telecom LLC (part of the ITPS Group of Companies). Since 2016 Liya has been acting as the Director of Legal Affairs at ITPS.

In 2005 – 2013 Liya worked at the Department of Civil Law and Lawsuits at the Faculty of Law in Perm State Research University. There she published a monograph entitled "The Right to Protect Property in the Acts of the European Convention on Human Rights" (Statut Publishing House), and to date has published around 15 articles on current topics in the field of legal affairs including some Higher Attestation Commission editions.

Since 2008 to 2016 she worked as an arbitration judge and the executive secretary for the Arbitration Economic Court at "Perm Financial and Industrial Group". Since 2014 she has been a member of the Chamber of Tax Advisors of the Russian Federation and owns a qualification certificate "II Category Advisor for Taxes and Levies".

Her hobbies include literature and art, travelling, reading and sports.